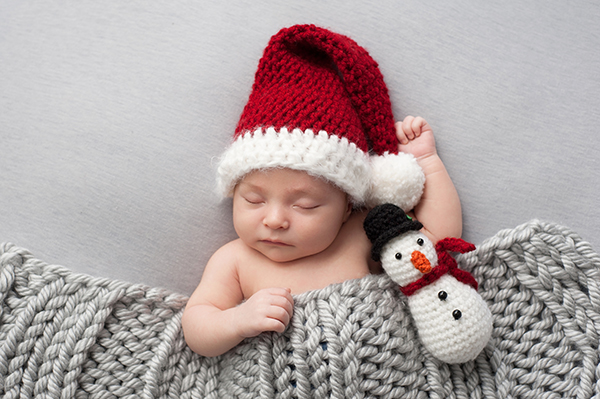 Choosing a name for a newborn isn’t an easy task, you’ll be deciding on a name that will likely be with someone for the rest of their life.

With the festive season almost upon us, at Christmastrees.co.uk we analysed the latest UK data to reveal the 20 most popular Christmas themed baby names for boys and girls.

So whether you’re looking for inspiration, or you’re just simply curious, we’ve found the most popular names and meanings relating to lights, gifts, angels, and other names that recall the spirit of the Christmas season.

The Top 10 Most Popular Christmas Themed Names For Boys

The name Jack means ‘God is Gracious’, but can also resemble Jack Frost, a popular character in English folklore who personifies winter. Jack Frost has inspired movies, literature, and music that appear each December, and is mentioned in the popular Christmas song ‘Chestnuts roasting on an open fire’.

In 2020 there were 2,900 babies born with the name Jack, placing it at the top of our list for Christmas themed names, across all names born in the UK last year, Jack was ranked the 10th most popular.

A big part of Christmas are gifts, and the name Theodore literally means ‘God’s Gift’. Although of Greek origin, the name was popular among early Christians and it was borne by more than twenty saints.

Last year there were 2,737 newborns named Theodore. It also ranked 14th across all boys’ names born last year, up 123 places since a decade ago.

Joseph’s relevance to Christmas should need no explanation, featured in the Bible as father to Jesus, and husband to Mary, the name Joseph means “increase or addition”.

The name David means ‘beloved’ and is a popular biblical name. Poet Cecil Francis Alexander wrote a poem that inspired the classic Christmas carol Once in Royal David’s City.

Gabriel was the angel who informed Mary that she would be giving birth to Jesus, and is an integral part to the Christmas story.

Jess is another name that is associated with gifting, Jesse is or Hewbrew origin and means gift.

Keeping with the angelic theme of Christmas, in the Bible Michael was the archangel who led the other angels to victory in a war against Satan.

The name Felix is of Latin origin and means happy and prosperous. Which are both great traits that we associate with Christmas.

Jasper is a variation of the name Caspar, who was one of the three kings who brought gifts for Jesus.

Alfred, originally Aelfread, is taken from the old English aelf which means “‘elf”.

The Top 10 Most Popular Christmas Themed Names For Girls

This festive evergreen has long been used during winter solstice celebrations to ward off evil spirits and celebrate new growth.

Last year 2,166 babies were born named Ivy, ranking top on our list of Christmas themed names for girls. Across all baby girl names last year it placed 6th, and is up 221 places since 2010.

Grace means eloquence, kindness and favor. The name itself does not have a direct tie to Christmas, but the sound and meaning have strong connotations of the festive season

2,010 newborn girls were named Grace last year, placing it 2nd on our list and ranking 11th across all baby girl names.

Evie is the Latin form of Eve, the name itself means living, and the night before, and you can’t get more festive than Christmas Eve.

As in Christmas bells, it means beauty in Italian. The French origin of the name, ‘Belle’ was the long lost love of Scrooge in Charles Dickinson’s ‘Christmas Carol.’

Lucy means ‘light’ and conjures up images of sparkling lights on the Christmas tree.

Maria is the Latin version of Mary, the Mother of Jesus Christ.

Robyn means ‘bright fame’, and the red robin bird has become a symbol for Christmas, often being on Christmas cards and wrapping paper.

From the holly tree. This plant with red berries is synonymous with Christmas and is often used to decorate homes

Based on the original manuscripts of the New Testament, Maryam is the name of Mary the mother of Jesus.

Clara is another name related to light, and means ‘bright’ and ‘clear’, Clara is also the name of the little girl in The Nutcracker, the popular ballet typically performed during the Christmas season.

We identified Christmas-themed names using sources such as NameBerry and Ideas For Names. We then looked at UK Government data from the Office for National Statistics to find the number of children born with those names in 2020, and ranked them by order of popularity.